Don’t judge a book by its cover but “Thomas Ruff Stellar Landscape” looks like an astronomy text book.  Upon closer examination it is by the art photographer Thomas Ruff of The Dusseldorf School and published by LWL State Museum for Art and Cultural History.  Cudos to Kehrer for their deceptively simple design – it sure peeked my interest.  The book is comprised of works from Ruff’s following works:

The above series are not grouped together in coherent sections as you would expect but are organised instead by their preceding essays (in German and English) which are:

The essays give valuable insight into this amazing body of work comprised of found images from traditional and new media such as Nasa’s Cassini Mission to Saturn website.  Here’s a brief description of each of the different types of images found in the book:

Are comprised of film based black and white newsprint photos of astronauts floating in space and crop circles.  It’s interesting to see how the earliest days of space exploration was portrayed in traditional media.  The pictures in this series are grainy and ultra low resolution in comparison to the more recent images.

Begins to move towards abstraction and digital photography.  These are beautiful images of high contrast black and white night skies densely populated by heavenly bodies of all shapes and sizes.

“Nacht 12 III, 1993” is the only photo from this series that vaguely resembles what you can see of the night stars with the naked human eye.  The photo is placed adjacent to the “Conquest of the Suns: News from Space” essay and speaks to the yearning that man has to understand more about the universe.

Only two samples from this series: one depicting an ICBM rocket on the launch pad; and the other of the US Lunar Rover.  Both images are very pixelated and reminiscent of the early days of digital photography.  The jpeg section serves as a good contrast to the Newsprint photos.

This series is one of my favorites in the book.  It combines the ingenuity of science and art into some awesome eye candy.  Here’s a sample:

Here’s how these gems were created: It is hard to believe that these compositions, which consisted of curved lines and were spread all over the image, originated in mathematics, or more precisely, in antiquated 19th century books on electro-magnetism that portrayed magnetic fields on copperplates.  As the essays in the book explain these patterns exist in 3D virtual space and were rendered into 2D by selecting the field of view inside the 3D space.  That just blows my mind! 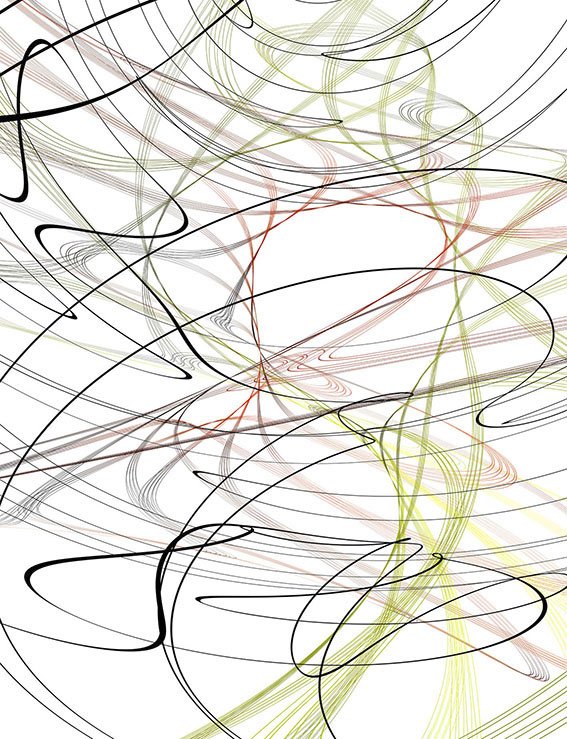 It’s like the google earth for mars with unearthly abstractions.  Who knew there would be so much variety on the Martian landscape.  Can’t wait to go and check it out 🙂  Although buying the book would save you about 228 days.  Here’s the link to buy the book on Amazon: thanks for your support. 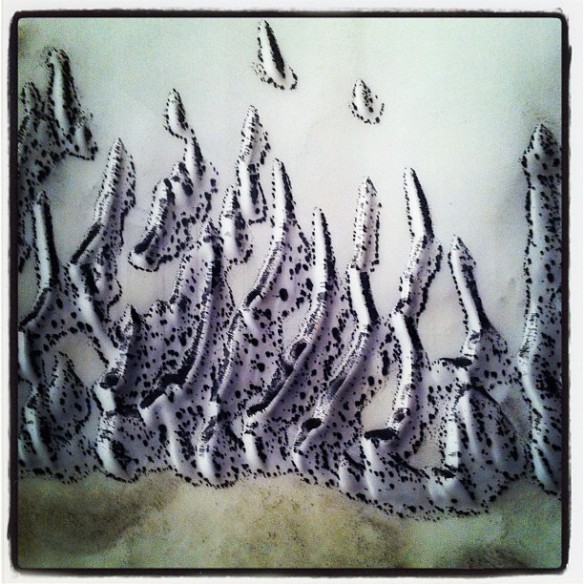 The essays and photos in “Thomas Ruff Stellar Landscapes” are thought provoking and spell binding.  A great artful retrospective of the development of imaging and image manipulation technology alongside our growing knowledge of space.