“Iris Garden” brings together the work of three artists: John Cage, William Gedney and Alec Soth. This photobook is a visual enigma that contains stories within stories.  Every reading reveals something new and unexpected. 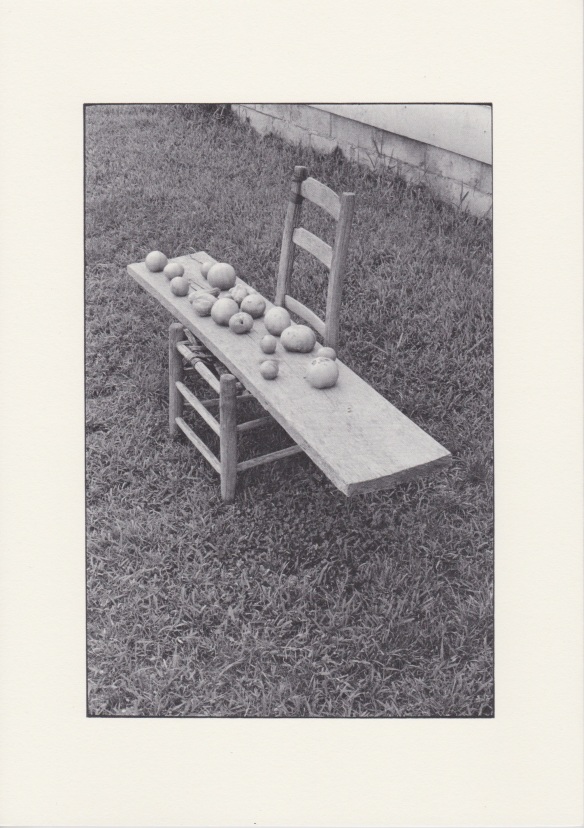 The leaves of the book are not bound together and are seemingly disordered, but there definitely is a pattern at work.  The book cover serves as an envelope / folder that holds everything together.  Tucked inside the front cover is a William Gedney photo of a house with white picket fence. This is followed by a single sheet of white legal size card (240mm x 340mm) folded horizontally. On the “cover” of this card is the first story by John Cage:

ONE SUNDAY MORNING, MOTHER SAID TO DAD, “LET’S GO TO CHURCH.” DAD SAID, “O.K.” WHEN THEY DROVE UP IN FRONT, DAD SHOWED NO SIGN OF GETTING OUT OF THE CAR. MOTHER SAID, “AREN’T YOU COMING IN?” DAD SAID, “NO, I’LL WAIT FOR YOU HERE.”

Unfolding this card reveals a photo of a reposing man’s leg jutting out the window of a Volkswagen Beetle.  On the back of this photo is another story:

When I told David Tudor that his talk on music was nothing but a series of stories, he said, “Don’t fail to put in some benedictions.” I said, “What in heaven’s name do you mean by benedictions?” “Blessings,” he said. “What blessings?” I said, “God bless you everyone?” “Yes,” he said, “Like they say in the sutras: ‘This is not idle talk, but the highest of truths’.”

We then encounter the first mini book held together by off white card stock.  On its cover is a photo of a bunch of apples / potatoes on a board sitting on a wooden chair. Inside are stories and photos on three more pieces of folded white card stock. 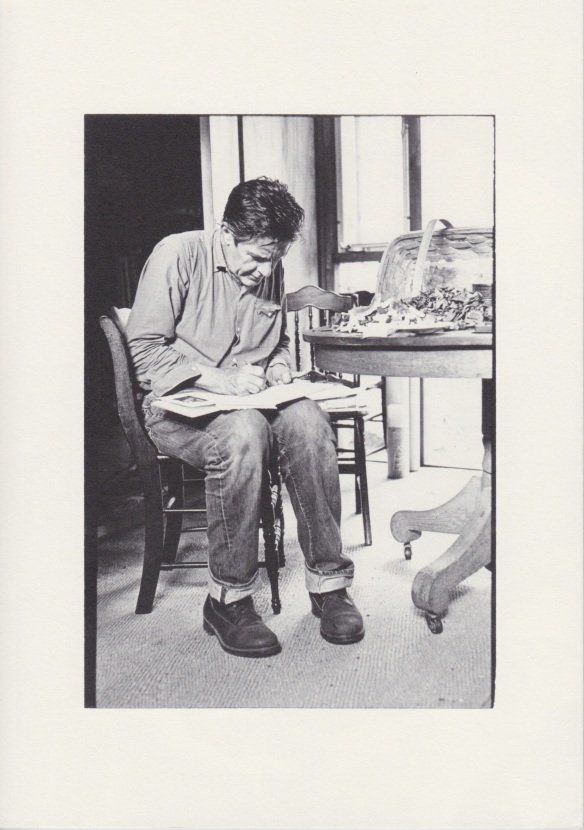 “Iris Garden” is packed with information that is seemingly unrelated and dishevelled.  And yet the artistic sensibilities of Cage, Gedney and Soth find concordance.  The stories and photos are about families, neighbourhoods both near and far, and personal spaces. Through the works of Cage and Gedney, Soth is able to articulately reflect on the role of the artist in the modern world.  To find inspiration one needs to be fearless and not be afraid of being bored. 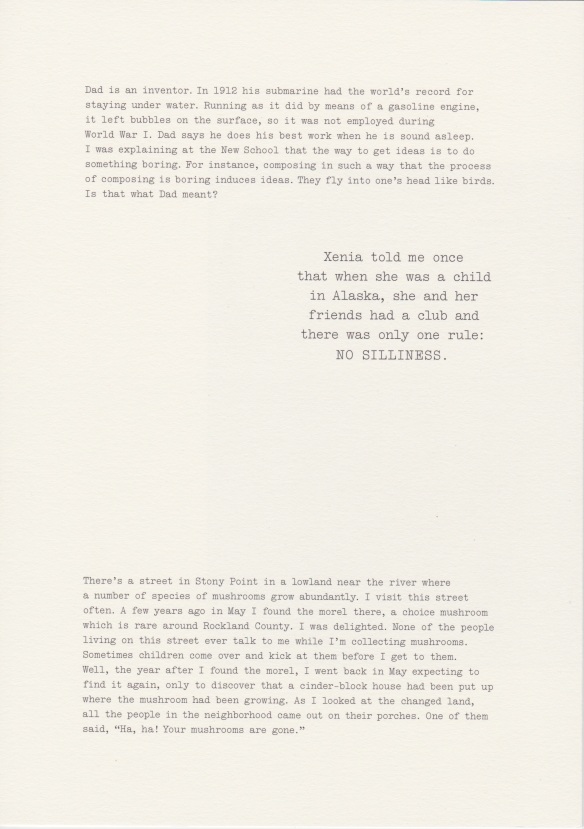 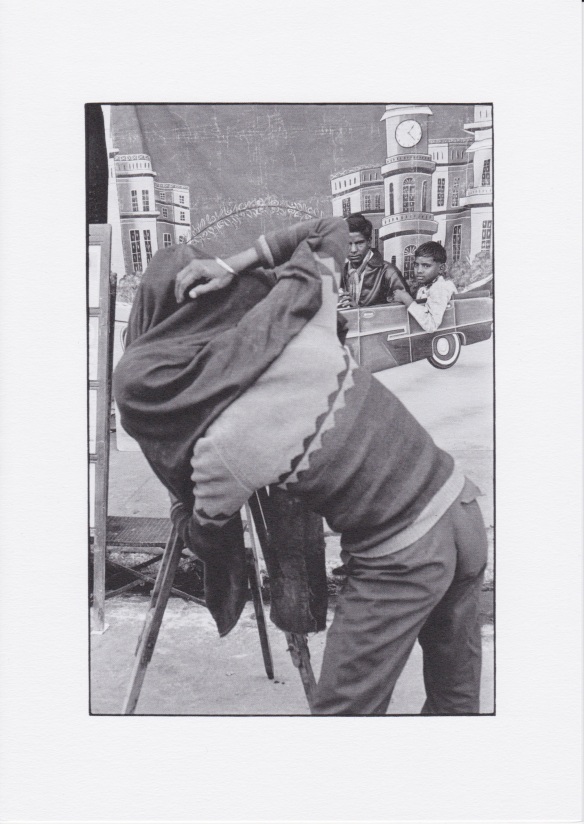 The entire sequence of items in “Iris Garden” is as follows: