One of the first photo books I ever got was Salgado’s “Workers” about 20 years ago. It has remained one of my all time favourites. So seeing the large gallery prints of those images is an absolute revelation. The scale is even more heroic and sorrowful than in the publication. There is an added dimension in these large prints that is missing from the book and that is the level of abstraction in the images which can only be fully appreciated when presented in a gallery setting.

First off apologies for the crappy images in this post.  I was holding a pile of Martin Parr books (yet to be autographed) while single handedly taking photos with my iPhone. Luckily I wasn’t the one who was told by Parr to take the lens cap off his Leica film camera after he had taken a photo of Parr with the lens cap on. The good many there had a great laugh at the man’s expense.  Without missing a beat Parr said: “All good photographers throw away their lens caps.”

I learned a great deal on this guided tour about the photos on display and about Parr’s approach to photography. He professes that he takes “many more bad photographs then everyone in the room.” Yes and he definitely takes a lot more good ones as a result.  The “happy accidents” are the fruits of a disciplined work ethic which produces a prodigious amount of good photos.  Although he’s too humble to say a good sense of the moment and eye for composition also helps.

Parr is reluctant to talk about the meaning behind his photos. According to him, his first priority is to entertain. The “agenda biting at you underneath” is for you to figure out. Regarding the “Hong Kong” series of photos Parr explains they were commissioned by the Blindspot Gallery and some of the photos address the relationship between Hong Kong and mainland China. In particular the enormous amounts of wealth on display by the mainland Chinese in Hong Kong shopping for luxury items and expensive condos.

A few more interesting tidbits were offered up by Parr during the tour: 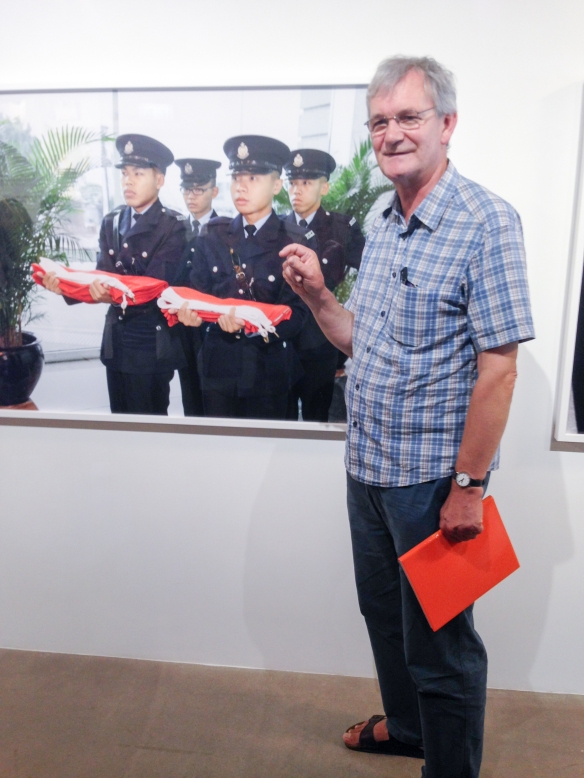 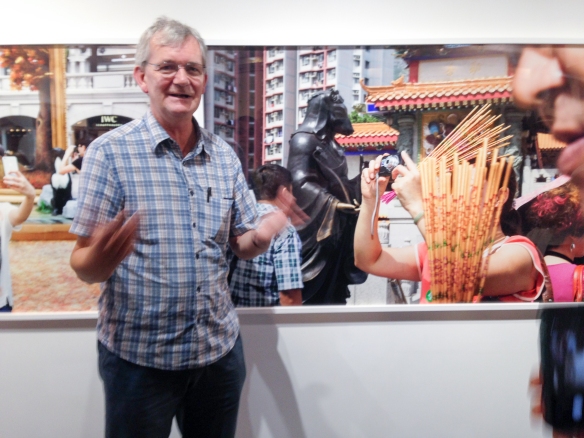 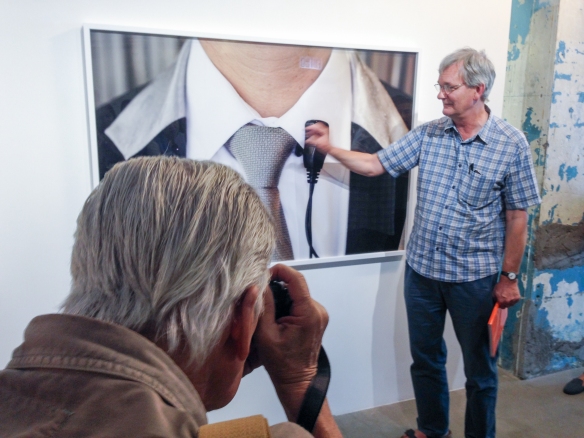 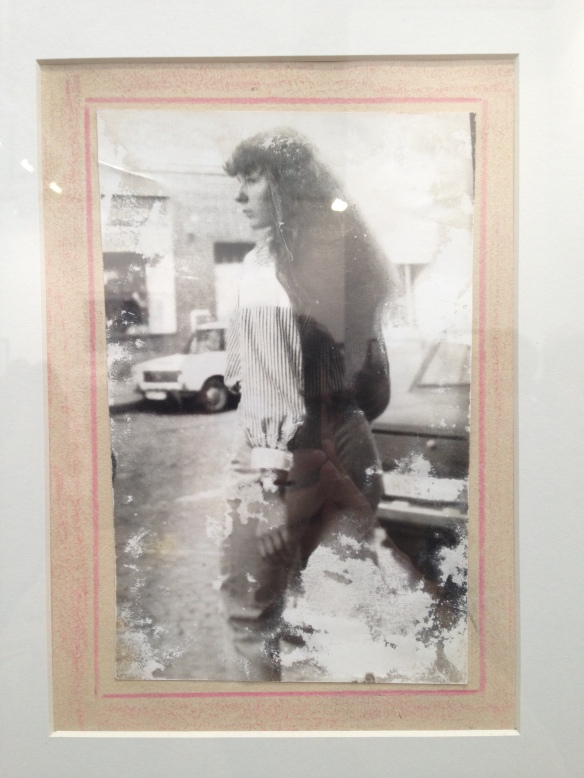 The trend of increasingly high quality photo exhibitions in Hong Kong continues with these two new shows. The first set of photos are from Vincent Yu’s Hiroshima vs Japan 311 (Soliloquize) at Jockey Club Creative Arts Center. It’s a touching tribute to the twin nuclear atrocities of WWII and more recently the 311 Japanese earthquake and tsunami. Departing from his usual photo journalist practice of using a Canon 5D MKIII, all the photos here were taken with the Hipstamatic app on an iPhone. According to Vincent his carefully composed images were actually taken very rapidly. Also unique to this exhibition is the handmade spot lighting which was completed in the early morning hours on opening day. Whereas the photos from Hiroshima are shown as prints the 311 photos are shown in video slide show format. The pace of the slide show is brisk mimicking Vincent’s working method.

The second exhibit is Daido Moriyama’s Searching Journeys show at Simon Lee Gallery. In contrast to Japan 311, Searching Journeys is in a big ambient light filled space. Most of the works on display are large prints from black and white film negatives arranged into two massive walls. These photos show normal everyday life in Japan free from any reference to war or disasters. It’s Daido street photography at it’s best. There are a few rare colour photographs also shown but they are dwarfed by the much larger and more well known B&Ws. Being in the gallery surrounded by these large prints is like being inside Daido’s recent photobook Labyrinth. Here you have the luxury of walking right up close to the print and staring at the photo grain if that is your kind of thing.

Exhibition on early electronic musical instruments is also showing at the Science Museum in London. Shapes painted on to film strips are translated into sounds by light sensors. I also liked the LED circle sculpture which poses the question: “If you were given a loop of energy, what would you do with it?” 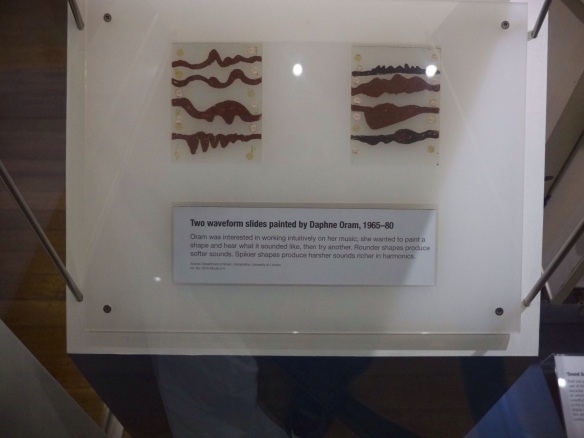 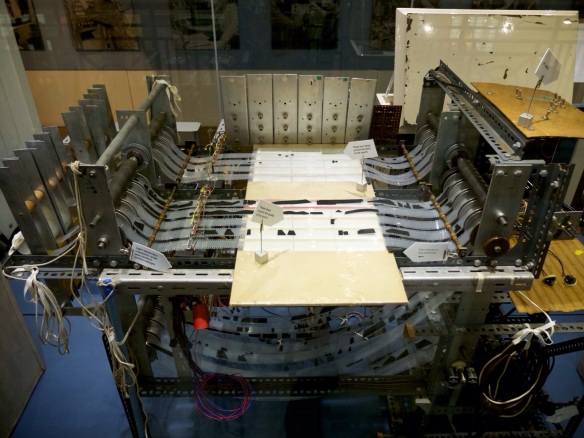 “Only in England” is now showing at the Science Museum in London and is a must see. It is perhaps one of the most lovingly curated photo exhibits I have ever seen. The show consists of many unseen works by Tony Ray-Jones which were selected by Martin Parr – who cites the former as a major influence.

Parr also displays in the show his own early photos from the 1970s. Although the two have never met there is a very intimate dialogue between the bodies of work. Each room in the exhibit alternatively displays photographs from Tony Ray-Jones and Martin Parr. Their styles are different but there is a continuity between the rooms. This could be the result of the shared subject matter and sensibilities alluded to in the title of the exhibit.

Having admired the prints I also spent a significant amount of time combing through the contact sheets from Ray-Jones. They were displayed strikingly on a large wall at the very back of the exhibit. Looking at the sheets closely you can see the creative process of both photographers. Parr definitely brings his own aesthetics to the table when making photo selections for the show from these contact sheets. They are also testament to the talents of Tony Ray-Jones as a photographer. 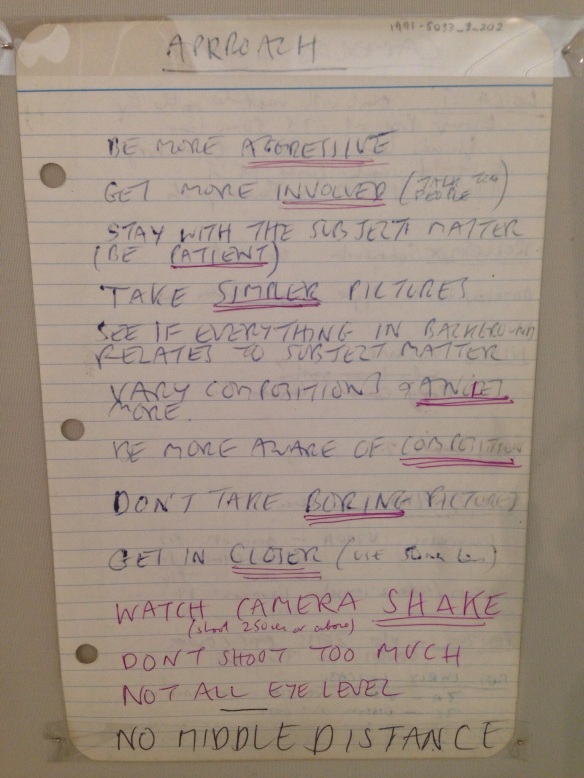 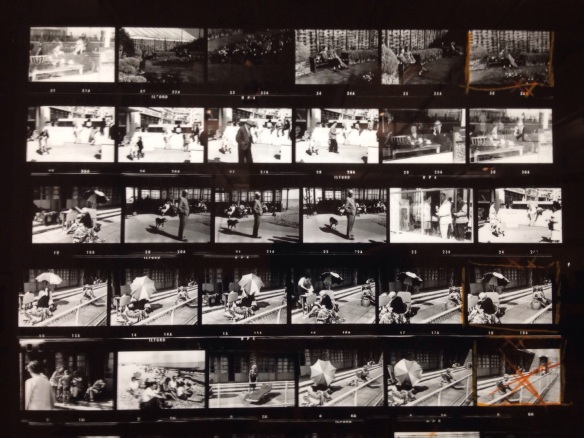 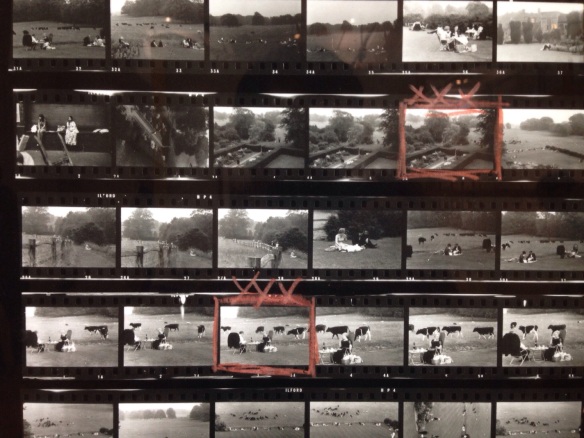 After my training in Vienna, I spent a couple of days to check out photobooks at the Paris Photo exhibition at the Grand Palais. It was definitely a good idea to buy the ticket ahead of time as the line to get in was much shorter.

I had a limited budget and baggage space for acquiring photobooks. “The PIGS” was an easy choice as it was 10 Euros and the size of a magazine. Shiga’s “Rasen Kaigan” almost broke the bank and the luggage but was well worth it as the photographs inside the book are stunning.

From the shortlisted titles I also got the last copy of “Top Secret: Images from the Stasi Archives”. I just love Hatje Cantz’s books for there no nonsense design and hard hitting subject matter. Finally, I pre-ordered “The Photobook: A History – Volume III” by Martin Parr and Gerry Badger which is coming out in March 2014. Phaidon was offering free shipping of autographed copies so how could I resist? 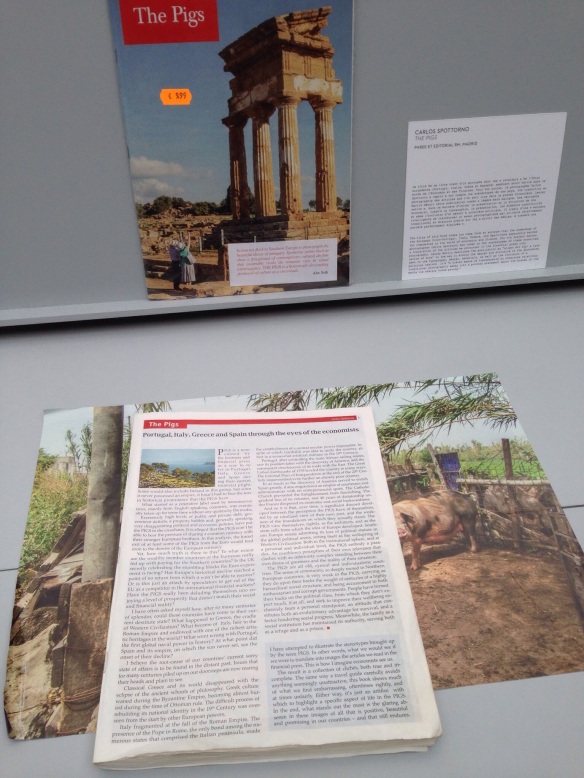 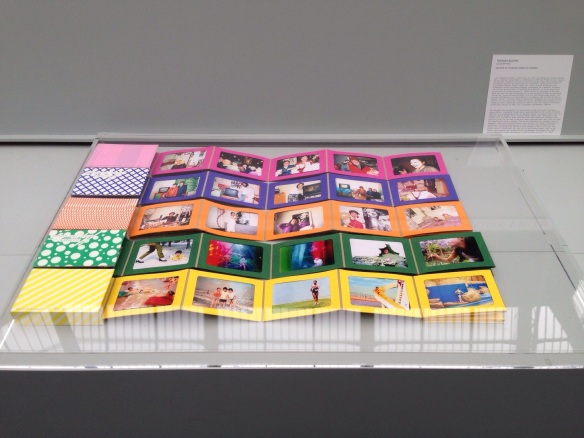 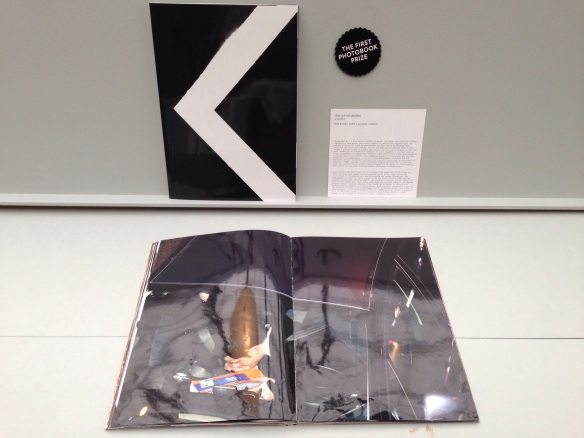 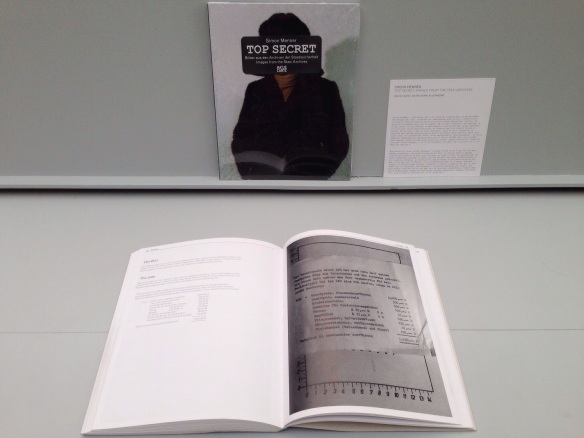 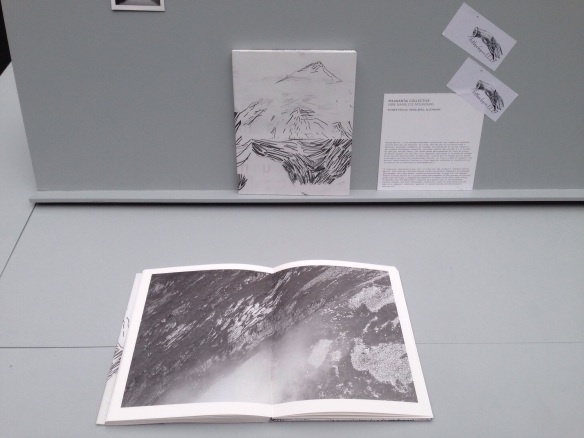 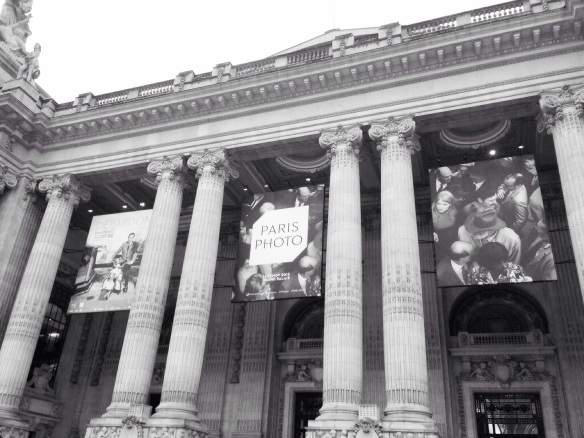 Just saw the Damien Hirst exhibition at White Cube Hong Kong today and was blown away by the paintings / installations. They had a sense of Jackson Pollack’s all-overness but in that meticulous Damien Hirst trade mark way. The pieces shown were vibrant and bewildering and strangely cohesive given the varied subject matter. The insects sort of looked like scalpels and the colour charts were vaguely reminiscent of the composition of the insect paintings. All three kinds of paintings were obsessively planned and executed to the n-th degree. Very enjoyable and definitely worth a visit. 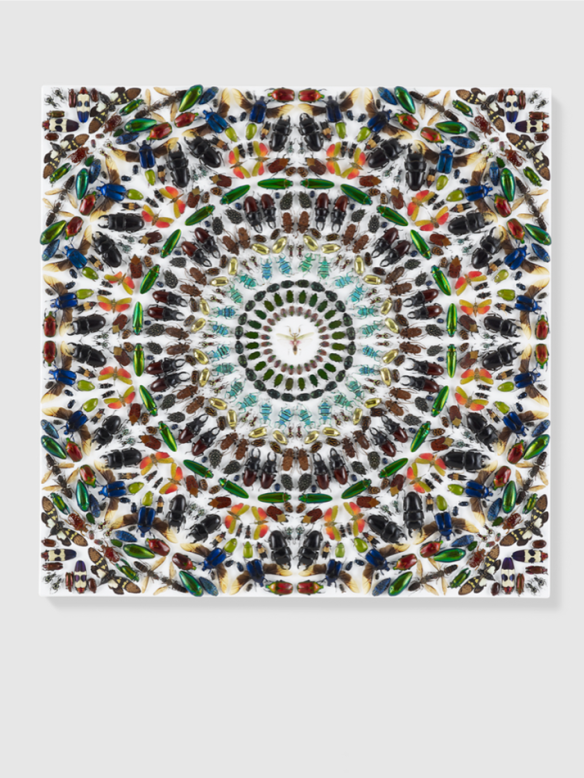 White Cube Hong Kong is pleased to present an exhibition of new work by Damien Hirst. This exhibition will feature cabinets and paintings from the ‘Entomology’ series, begun in 2009, as well as ‘Scalpel Blade Paintings’ and ‘Colour Charts’, which form some of the artist’s newest work. Hirst is known for his use of uncompromising materials to directly address profound and fundamental questions about existence and this exhibition furthers his investigation into such thematic dualities as life and death, desire and fear, beauty and horror.

The ‘Entomology Cabinets and Paintings’ employ one of Hirst’s most iconic and familiar motifs – the butterfly – and re-presents them interspersed with thousands of highly coloured insects and spiders. Hirst was drawn to them because, like butterflies, they embody the fragility of life, retaining an iridescent beauty even when dead. In the cabinets, beetles, butterflies and other insects are placed in precise, vertical or horizontal rows inside minimal and reflective, wall-mounted stainless steel frames. With each species arranged in separate rows, the overall effect is one of scientific ordering or industrial production. However, on closer inspection, this is undone by the slight mis-registration of their placement and small, subtle variations within each group. In the ‘Entomology Paintings’, Hirst has used similarly colourful insects in intricately patterned symmetrical compositions on Hammerite gloss paint. Like the cabinets, these vivid and colourful tableaux allude to both the opulent patterning and symmetry that exists in the natural world and to the ‘cabinet of curiosities’, or Victorian-era Natural History displays where decorative visual effect was as important as scientific categorisation. The ‘Entomology Paintings’ relate closely to Hirst’s earlier ‘Kaleidoscope Paintings’ – where thousands of butterfly wings were arranged on canvases shaped like gothic stained-glass windows – but are altogether darker in theme, alluding to zoological collections and titled after characters and locations from the Divine Comedy (c.1308-1321), Dante’s torturous vision of the underworld.

In the ‘Scalpel Blade Paintings’, Hirst continues his use of scientific and medical iconography, placing thousands of different types of scalpel blades in spectacular, mandala-like patterns. Some of these paintings are starkly monochromatic; their surfaces accentuated by the light that refracts off each carefully-angled blade, while others are intermittently layered with brightly coloured gloss paint, reminiscent of the psychedelic imagery and freedom of colour more associated with folk art. With the material transformation of a standard medicinal tool, these works relate to Hirst’s early instrument cabinets from the 1990s, in which thousands of precision-tooled surgical instruments were arranged in a formal and aesthetically pleasing manner, to create works whose beauty masked the inescapable futility of medicine in the face of our own mortality.

While both the ‘Entomology Paintings’ and ‘Scalpel Blade Paintings’ use assemblage and formal arrangement as their leitmotifs, the ‘Colour Charts’ rely on colour theory as the organisational tool for their compositions. Like Hirst’s infamous ‘Spot Paintings’, these works optimise the energy created by colour juxtaposition and employ a systematic approach to its application. Precisely executed in brilliant gloss paint, using primary, secondary and tertiary colours, these bold, Pop-like paintings harness the power of colour to create canvases with a vibrant energy and optical beauty.

My colleague and I attended Ben Brown Fine Arts exhibition of German photography this past week.  We both had our favorites and it was interesting to hear her reasons for picking hers.  She liked the Candida Höfer pictured above for its strong perspective and also how the horizon line in the photo matched the horizon line in the gallery adding to the illusion of extended space.

She also picked this one by Andreas Gursky for its spartan composition and how the man pictured in the photo creates a sense of expectation which is shared by the viewer. Here’s a link to the gallery’s site which has a nice slide show of all the pieces.  The photos are on display from now until May 5th.  Let me know which are your favorites as well!