This series is focused on getting hands on with photography by going back to the basics of manual focusing, manual exposure, black and white film processing and archiving. It’s a guide for those who are considering making or have already made an investment in a film camera and the associated gear and want to make the best use of it.

First off, let’s try to answer the question why would anyone want to use a film camera in the age of the ubiquitous and ultra convenient iPhone. The simple answer is that a film camera slows you down and lets you appreciate the actual process of taking a picture. There are only 36-38 shots per a 35mm roll of film (less if you are using medium format) and the fact that you need to develop it yourself or take it to get processed means you’re going to think more before you click. This allows you to see in a different way which is not necessarily better, just different. The most unique thing about film photography is that the physical film becomes an artifact from the same time the image was captured.

Contrary to popular belief, film and film cameras are very much alive and kicking. In fact the resurgence might ironically have something to do with all those iPhone photo apps that mimic the look and feel of different types of film. Currently there are about 21 small format and 17 medium format film cameras being produced and sold in quantity. There are three primary types of cameras: rangefinder, single lens reflex, and twin lens reflex. The brands are mainly Japanese and European and in some cases like Voigtlander collaborations between these two camera producing regions.

Here is a comprehensive but by no means exhaustive list of the film cameras being produced today:

Personally I find rangefinders of all different formats to be the most beautiful cameras. There’s something about their simplicity and elegance that just beckons you to pick them up and start taking photos. Haptic perception when using rangefinders seems to be a lot higher than other camera types. The viewfinder lets you keep your eye constantly on the scene unlike single lens reflex cameras that block your view when the mirror flaps up. The popularity of micro 4/3 cameras and mirror-less digital cameras are directly inspired by these beauties. There are currently only three brands mass producing film rangefinders:

The M7 was my first rangefinder camera which I picked up in a used camera store in Tokyo. Tokyo has the largest collection of well preserved second hand Leica cameras in the world. It’s this respect for tradition that has enabled Japanese camera manufacturers to dominate the digital camera market and continue their innovations. I picked the M7 because it’s the most advanced film rangefinder produced to date. The aperture priority on the M7 is accurate and quite reliable when used in conjunction with the EV compensation dial. Some images on this blog taken with the M7 can be found here. 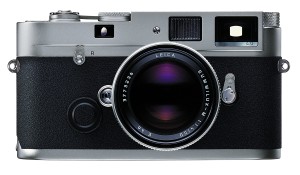 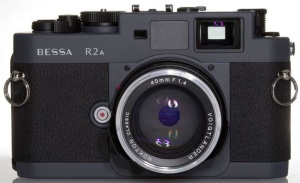 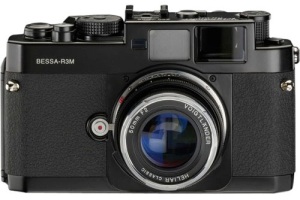 I also bought the R4M in Tokyo after trading in my Nikon SP.  I found the SP too finicky to use and wanted something simple and light weight. More importantly, I wanted a camera to learn manual exposure so I picked the R4M.  This camera can be used in fully manual mode by taking out the batteries to disable the internal +/- 2 stops light meter. Another equally unique feature is its internal viewfinder that supports 21mm wide angle lenses. These wide angle lenses usually require an external viewfinder.  The R4M’s light weight and small form factor really enables the user to get into the nooks and crannies of buildings to capture photos with dramatic perspectives. 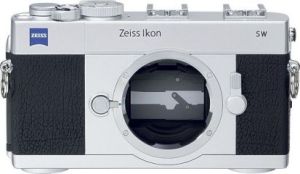 Please share your personal experiences with these cameras in the comments section! Thanks in advance for any and all contributions.