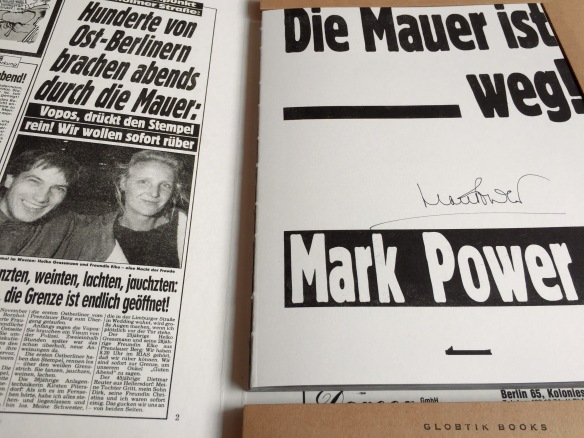 “Die Mauer ist weg!” which translate to “The Wall is gone!” is as much an autobiographical work as it is a document of a significant world event.  The photos contained in the book are from an assignment that saved Power’s photographic career.  The self proclaimed social documentary photographer was struggling for five years to get enough work to pay off his credit card debts.  Fortuitously a friend named Nigel gave him 200 Pounds to have “one last go” and the photos in the book are the result of that effort.  The photos taken from the trip were sold to newspapers and made enough money for Power to pay off his debts and relaunch his career.  More importantly, it helped him to find his voice as an artist photographer.

As more newspaper photographers showed up at the event, Power felt compelled to seek out the behind the scenes images. Through these images taken at the fringes we see a much greater context for the events that were taking place.  By looking at the sequence of images I get the sense that the blind rush towards The West resulted in the abandonment of values which Power ask us to re-examine.  He does not make it explicit what these values are, but my guess is that they are probably not related to commerce.

In terms of format, the book design pays tribute to the newspapers that helped fund Mark Power in those early days of his career.  The design of the front cover of the photo book is an imprint of one of the newspapers published at that time in Berlin. (The front page of that particular paper can be seen in the second photo below.) The binding of the pages is exposed with only the last page attached to the back of the book. The sequence of photos progress from documentary to one that more resembles Power’s current signature style. 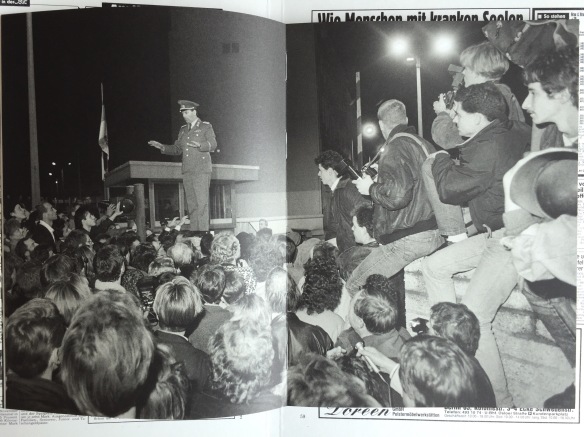 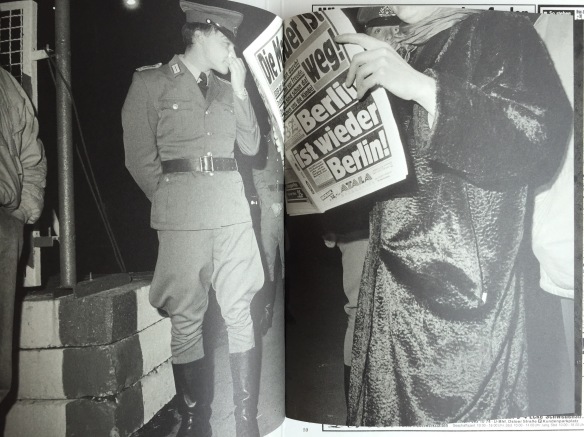 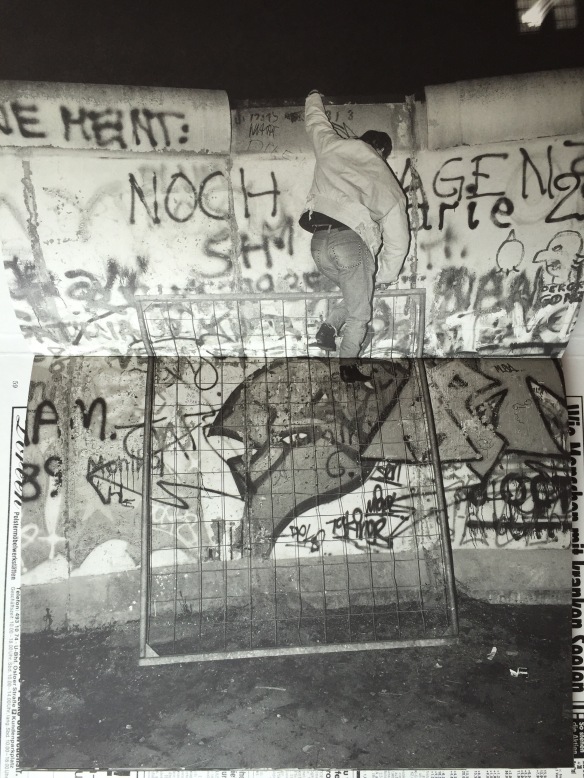 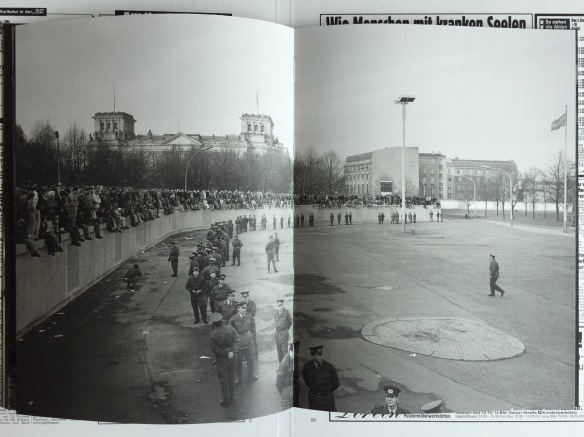 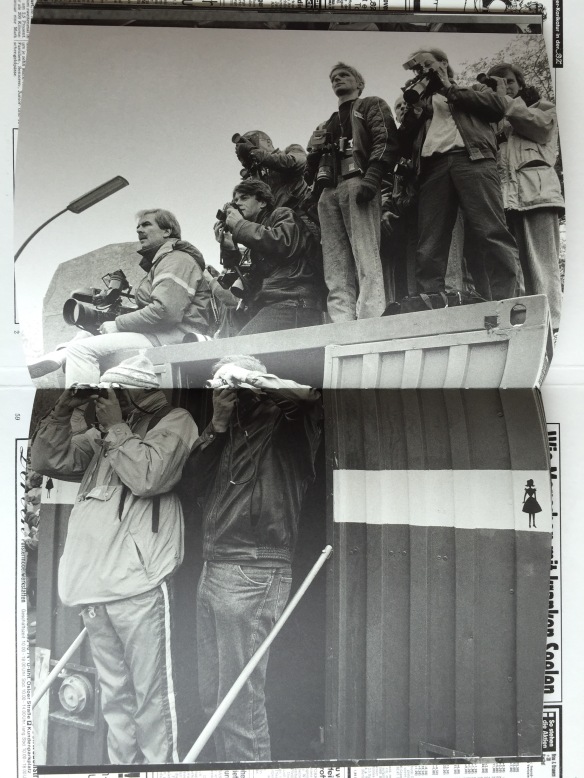 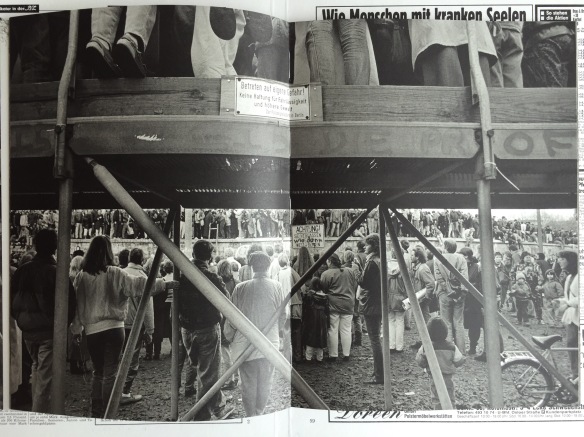 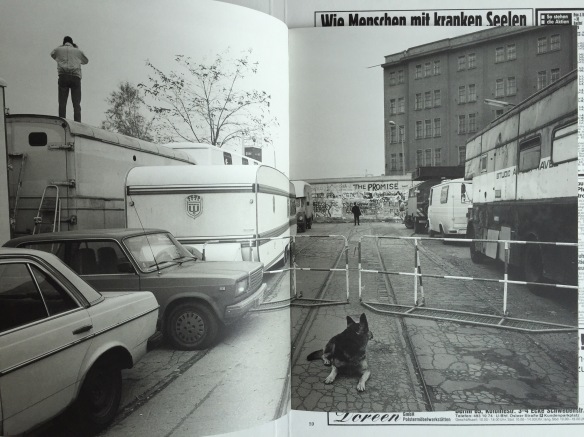 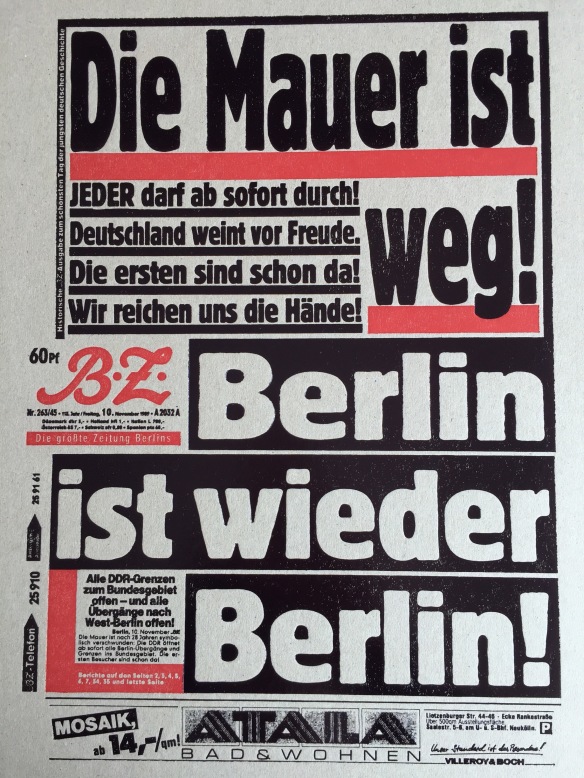